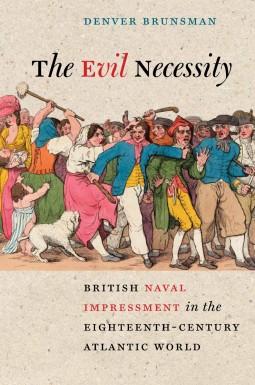 A fundamental component of Britain’s early success, naval impressment not only kept the Royal Navy afloat—it helped to make an empire. In total numbers, impressed seamen were second only to enslaved Africans as the largest group of forced laborers in the eighteenth century.

In The Evil Necessity, Denver Brunsman describes in vivid detail the experience of impressment for Atlantic seafarers and their families. Brunsman reveals how forced service robbed approximately 250,000 mariners of their livelihoods, and, not infrequently, their lives, while also devastating Atlantic seaport communities and the loved ones who were left behind. Press gangs, consisting of a navy officer backed by sailors and occasionally local toughs, often used violence or the threat of violence to supply the skilled manpower necessary to establish and maintain British naval supremacy. Moreover, impressments helped to unite Britain and its Atlantic coastal territories in a common system of maritime defense unmatched by any other European empire.

Drawing on ships’ logs, merchants’ papers, personal letters and diaries, as well as engravings, political texts, and sea ballads, Brunsman shows how ultimately the controversy over impressment contributed to the American Revolution and served as a leading cause of the War of 1812. 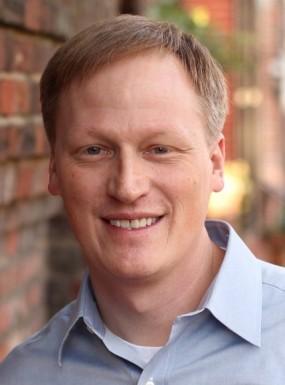 Denver Brunsman is an Assistant Professor of History at George Washington University. He completed his MA. and Ph.D. degrees at Princeton University and his BA at St. Olaf College. Brunsman writes and teaches on the politics and social history of the American Revolution, early American republic, and British Atlantic world. His courses include “George Washington and His World,” taught annually at Washington’s Mount Vernon estate. His book, The Evil Necessity: British Naval Impressment in the Eighteenth-Century Atlantic World (2013), received the Walker Cowen Memorial Prize for an outstanding work in eighteenth-century studies in the Americas and Atlantic world. He is also the co-editor of The American Revolution Reader (2013) and Colonial America: Essays in Politics and Social Development, 6th edn. (2011), among other works. His honors include year-long research fellowships from the National Endowment for the Humanities at the Newberry Library, Chicago; the Eisenberg Institute for Historical Studies, University of Michigan; and the McNeil Center for Early American Studies, University of Pennsylvania.