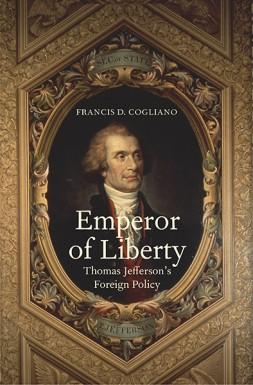 This book, the first in decades to closely examine Thomas Jefferson’s foreign policy, offers a compelling reinterpretation of his attitudes and accomplishments as a statesman during America’s early nationhood. Beginning with Jefferson’s disastrous stint as wartime governor of Virginia during the American Revolution, and proceeding to his later experiences as a diplomat in France, Secretary of State, and U.S. Vice President, historian Francis Cogliano considers how these varied assignments shaped Jefferson’s thinking about international relations. The author then addresses Jefferson’s two terms as President—his goals, the means he employed to achieve them, and his final record as a statesman.

Cogliano documents the evolution of Jefferson’s attitudes toward the use of force and the disposition of state power. He argues that Jefferson, although idealistic in the ends he sought to achieve, was pragmatic in the means he employed. Contrary to received wisdom, Jefferson was comfortable using deadly force when he deemed it necessary and was consistent in his foreign policy ends—prioritizing defense of the American republic above all else. His failures as a statesman were, more often than not, the result of circumstances beyond his control, notably the weakness of the fledgling American republic in a world of warring empires. 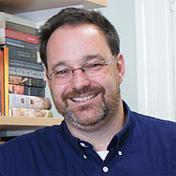 Francis D. Cogliano is professor of American history and Dean International for North America at the University of Edinburgh (UK). He is author of Thomas Jefferson: Reputation and Legacy and editor of Companion to Thomas Jefferson. His research is mainly concerned with the political, cultural and religious history of revolutionary and early national America. He is the author or editor of nine books and has published scholarly articles and book chapters in Britain and the United States. Cogliano’s first major book, No King, No Popery is considered the history of anti-Catholicism in New England during the era of the American Revolution. A subsequent study presented a micro-history of sailors imprisoned by the British during the American War of Independence. In 2008 he edited a collection on The Atlantic Enlightenment with Professor Susan Manning of the Institute for Advanced Studies in the Humanities. His most important book to date, Thomas Jefferson: Reputation and Legacy, offered the first study of Jefferson’s reputation in fifty years. It was nominated for the 2008 American Studies Network Book prize by the European Association for American Studies as well as a Virginia Literary Prize. Along with Professor Peter Onuf of the University of Virginia, he runs a week-long seminar on the Age of Jefferson for schoolteachers from across the United States at Monticello sponsored by the Gilder-Lehrman Institute of American History. He has held research fellowships at the Virginia Historical Society, the International Center for Jefferson Studies, and the David Library of the American Revolution. He has been president of the Scottish Association for the Study of America and served on the editorial board of the Journal of the Early Republic.