Mount Vernon welcomes author François Furstenberg to the Rubenstein Leadership Hall at The Fred W. Smith National Library to discuss his book When the United States Spoke French: Five Refugees who Shaped a Nation, on September 18, 2014. 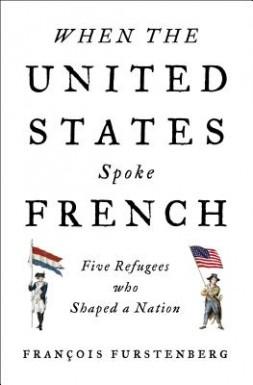 In 1789, as the French Revolution shook Europe to the core, the new United States was struggling for survival in the face of financial insolvency and bitter political and regional divisions. When the United States Spoke French explores the republic’s formative years from the viewpoint of a distinguished circle of five Frenchmen taking refuge in America. When the French Revolution broke out, these men had been among its leaders. They were liberal aristocrats and ardent Anglophiles, convinced of the superiority of the British system of monarchy and constitution. They also idealized the new American republic, which seemed to them an embodiment of the Enlightenment ideals they celebrated. But soon the Revolutionary movement got ahead of them, and they found themselves chased across the Atlantic.

François Furstenberg follows these five men—Charles-Maurice de Talleyrand-Périgord, Napoleon’s future foreign minister; theorist reformer Rochefoucauld, the duc de Liancourt; Louis-Marie Vicomte de Noailles; Moreau de Saint-Méry; and Constantin-François Chasseboeuf, Comte Volney—as they left their homes and families in France, crossed the Atlantic, and landed in Philadelphia—then America’s capital, its principal port, and by far its most cosmopolitan city and the home of the wealthiest merchants and financiers. The book vividly reconstructs their American adventures, following along as they integrated themselves into the city and its elite social networks, began speculating on backcountry lands, and eventually became enmeshed in Franco-American diplomacy. Through their stories, we see some of the most famous events of early American history in a new light, from the diplomatic struggles of the 1790s to the Haitian Revolution to the Louisiana Purchase in 1803.

By the end of this period, the United States was on its way to becoming a major global power. Through this small circle of men, we find new ways to understand the connections between U.S. and world history, and gain fresh insight into American history’s most critical era. Beautifully written and brilliantly argued, When the United States Spoke French offers a fresh perspective on the tumultuous years of the young nation, when the first great republican experiments were put to the test. 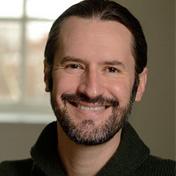 François Furstenberg is Associate Professor of History at Johns Hopkins University. His research focuses on the history of the United States in the 18th and 19th centuries. His first book, In the Name of the Father: Washington’s Legacy, Slavery, and the Making of a Nation, examined how a complex and evolving image of George Washington in 19th-century print culture promoted U.S. nationalism, and what the image of Washington’s slaveholding had to say about the relationship between slavery and nationalism in the post-revolutionary period. This book was a finalist for the 2006 George Washington Book Prize. Other research interests focus on the early American West, on early American historiography and particularly on the historian Frederick Jackson Turner, and on larger strains of political culture and intellectual history.