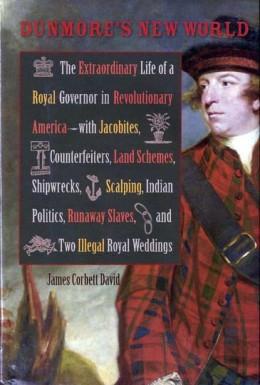 Dunmore's New World tells the stranger-than-fiction story of John Murray, Fourth Earl of Dunmore, the last royal governor of Virginia, whose long-neglected life boasts a measure of scandal and intrigue rare in the annals of the colonial world. Dunmore not only issued the first formal proclamation of emancipation in American history; he also undertook an unauthorized Indian war in the Ohio Valley, now known as Dunmore’s War, that was instrumental in opening the Kentucky country to white settlement. This entertaining biography brings together a rich cast of characters as he follows Dunmore on his perilous path through the Atlantic world from 1745 to 1809.

Dunmore was a Scottish aristocrat who, even with a family history of treason, managed to obtain a commission in the British army, a seat in the House of Lords, and three executive appointments in the American colonies. He was an unusual figure, deeply invested in the imperial system but quick to break with convention. Despite his 1775 proclamation promising freedom to slaves of Virginia rebels, Dunmore was himself a slaveholder at a time when the African slave trade was facing tremendous popular opposition in Great Britain. He also supported his daughter throughout the scandal that followed her secret, illegal marriage to the youngest son of George III—a relationship that produced two illegitimate children, both first cousins of Queen Victoria.

Within this single narrative, Dunmore interacts with Jacobites, slaves, land speculators, frontiersmen, Scots merchants, poor white fishermen, the French, the Spanish, Shawnees, Creeks, patriots, loyalists, princes, kings, and a host of others. This history captures the vibrant diversity of the political universe that Dunmore inhabited alongside the likes of George Washington and Thomas Jefferson. A transgressive imperialist, Dunmore had an astounding career that charts the boundaries of what was possible in the Atlantic world in the Age of Revolution. 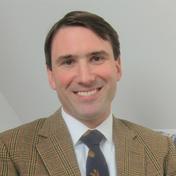 James Corbett David received his Ph.D. in history from the College of William and Mary, during which time he was awarded a fellowship by the Robert H. Smith International Center for Jefferson Studies at Monticello. He lives and works in New York City.