Mount Vernon welcomes author Robert McDonald to the Rubenstein Leadership Hall at The Fred W. Smith National Library to discuss his book Sons of the Father: George Washington and His Protégés, on June 3, 2014. 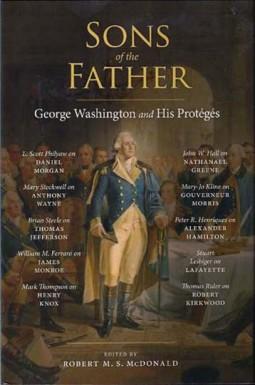 Whether acting as a military officer or civilian officeholder, George Washington did not possess a reputation for glad handing, easy confidences, or even much warmth. His greatest attributes as a commander might well have been his firm command over his own emotions and the way in which he held himself above if not apart from the men he led. Understanding the full range of Washington's leadership, which embraced all shades of persuasion and coercion as well as multiple modes of command and solicitude, requires the examination of his influence on the lives, careers, and characters of the members of a diverse fraternity of younger men.

In Sons of the Father, leading scholars analyze Washington's relationships with men such as Daniel Morgan, Anthony Wayne, Thomas Jefferson, James Monroe, Henry Knox, Nathanael Greene, Gouverneur Morris, Alexander Hamilton, and the Marquis de Lafayette. The men on whom this volume focuses were not all his closest associates. Yet all are important figures in that their interactions with Washington provide glimpses into various aspects of his capacities for management, motivation, control, and the cultivation of talent. The essays in this volume demonstrate Washington's consistency in treating all these men differently, for different reasons, at different times. It was perhaps part of his genius to recognize the individuality of the men with whom he interacted as well as the shifting requirements of changing circumstances. 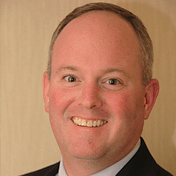 Robert M. S. McDonald is associate professor of history at the United States Military Academy. He is a graduate of the University of Virginia, Oxford University, and the University of North Carolina at Chapel Hill, where he earned his Ph.D. A specialist on Thomas Jefferson and the early American republic, he has published several essays and articles in journals such as The Historian, Southern Cultures, and the Journal of the Early Republic. He is also editor of Thomas Jefferson’s Military Academy: Founding West Point, and Light & Liberty: Thomas Jefferson and the Power of Knowledge. He is completing a book to be titled Confounding Father: Thomas Jefferson’s Image in His Own Time. McDonald lives in Cornwall-on-Hudson, New York, with his wife, Christine, and their children Jefferson and Grace. 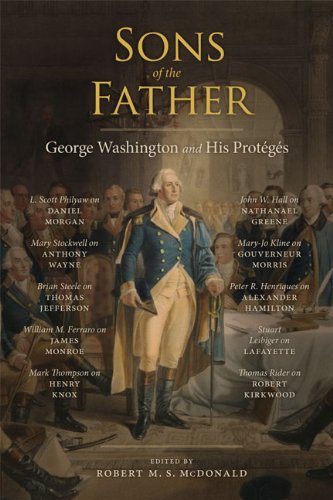